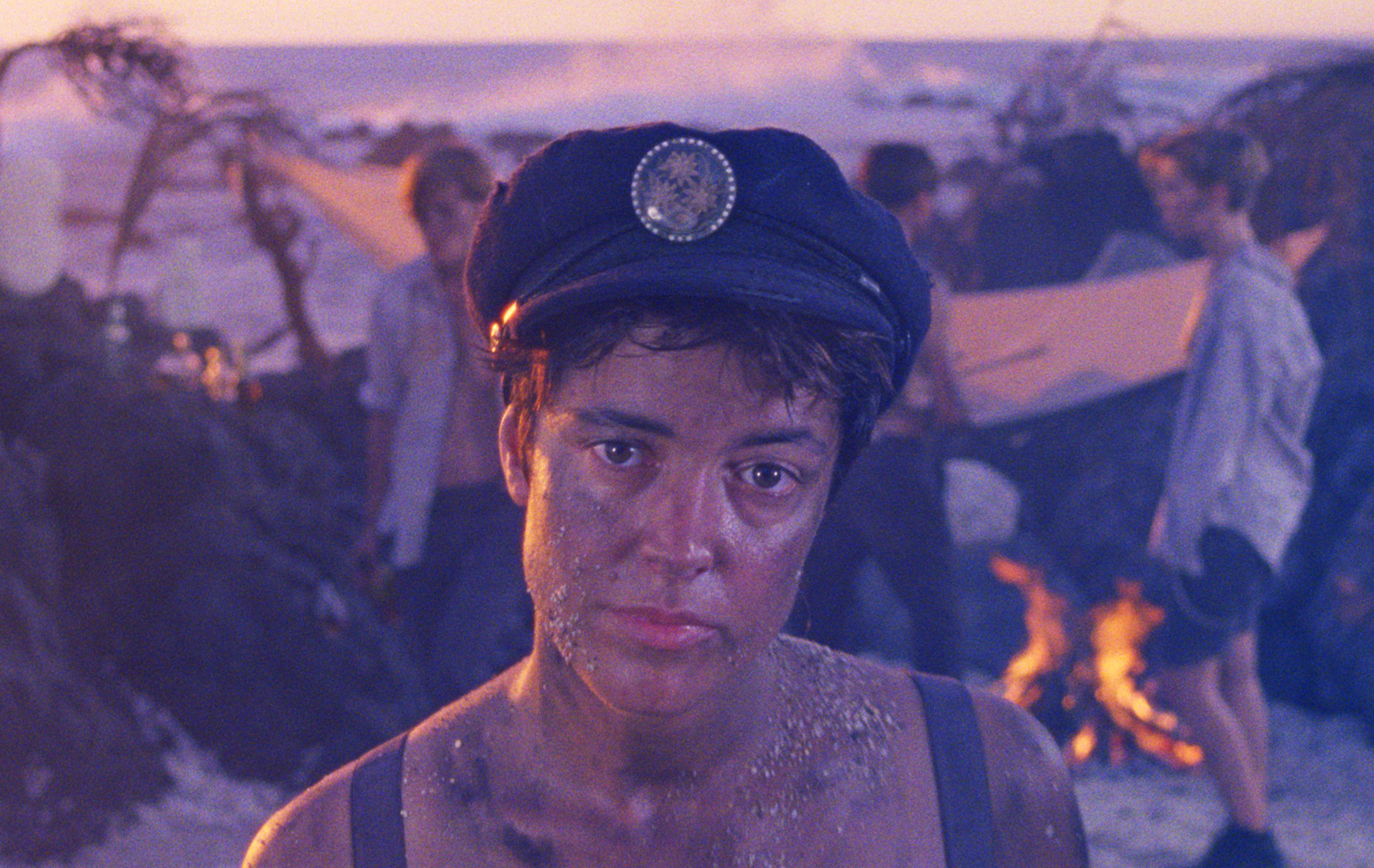 Though I feel few share my fascination and admiration of The Wild Boys, I nevertheless decided to post up my review of the DVD, in which I will discuss in greater depth why I love this movie, as well as the Bonus Features.

To start with my love of the movie, let me express my admiration for the film making itself, which comes from what some, including the director, call the “Incoherents” movement.  Simply, this means the director does not concern himself with creating a false sense of unity and realism such as a viewer would find a mainstream Hollywood film.

So,  in TWB, sometimes the movie looks like an old-fashioned sea adventure, sometimes like a period drama, sometimes like dream.  In fact, to my mind, the result creates for the reader an experience much like a dream– with the  use of compression and symbolism, for example, inviting a series of sub-conscious reactions.   All of this works very well with the material, which explores mutability, metamorphosis, boys turning into girls, men into women.

As with the camera, the director does not ask the actors to play everything in a naturalistic way, which in any case he rejects as just another technique.  Sometimes the actors do seem to deliver their lines “California Style” but often, working with the camera, lines are infused with gravity, characters look off in dramatic ways or turn their heads for effect.  Within that context, the actors in this film, and particularly the young women who play the boys, I find all of their performances compelling.  The young women embody young masculinity, with the mannerisms and voices feeling right– not caricature  or camp, but like boys.  Similarly, they commit totally to surreal scenes, such as when a bout of boyish rough housing beneath falling feathers turns erotic just as they stand on the cusp of their new, female bodies.

So, innovative directing that matches the themes and subject matter, plus epic performances, and that’s a great film.  But, of course, I have a particular affinity for work that explores gender, and this one does it in ways that most such movies never have the nerve to explore.

Some of favorite moments resonate either because they blow past previous limitations, or else they celebrate what seem to me “classic” TG moments.  For example, there is a scene where one of the boys, still identifying totally as a boy, is startled and screams in a “feminine” manner, then discovers he now sounds like a girl when he talks.  The “voice change” had always been one of my favorite tropes, and so it was very fun to see this played out, with the boy clutching his throat, clearly embarrassed, and the others, not realizing they will share his fate, mocking him and calling him “girly.”

Another trope I enjoy the movie explores is that they boys develop breasts before they become biologically female, so we see a couple of them struggling with the shame of having breasts, the insecurity and ways it challenges their sense of identity.

Finally, the role-reversal and feminizing– or at least the forcing of the boys into feminine roles and situations, begins long before their physical change.  The Captain sexually harasses one of them at one point, while they also are forced to walk through a field full of “groping” plants.  And, of course, there is the phallic tree and its white juice they must drink to survive, as well as a suggestive fruit they are forced to eat.  So, while some may struggle waiting for the physical changes to occur, there is plenty to see in terms of gender before they even get to the biological morphing.  After the morphing, this film gets much more naked than most, so the reality of the new bodies is right there on the screen.

For viewers interested in seeing how characters adjust to their change, this film does not offer a lot.  After initially shocked and embarrassed reactions, including some morning for their lost phalluses, the characters seem to accept their new genders readily.  In addition, they seem largely unchanged, simply becomes female versions of themselves, with the same attitudes and values as before, something which I find interesting, but might not satisfy all viewers.

The others were well deleted.  In addition, the Behind the Scenes, while interesting, was a disappointment– and probably meant to be.  I must confess that here I had hoped for something more conventional, especially interviews with the actors about what it was like to play boys, for example, how they prepared, the voices…etc…  But it is a surreal short film shot on Super 8 with the actor murmuring poetically.  It works as a short film and ads some to the experience of the film– there is a scene of the actors, all in their boy forms, having fun with fake phalluses– but it doesn’t reveal as much as I had hoped.