French creators continue to produce some great TG media, with the new 6 episode science fiction series Transfers joining the instant classic, The Wild Boys as excellent examples of what can happen in this medium.

In Transfers, we find ourselves in a familiar but futuristic France where the ability to transfer people’s essence from one body to another has been invented and promptly banned.  However, as is usually the case, the banning on transfers does not end the practice but merely drives it into the black market.

The series centers around a fairly ordinary wood worker who finds himself illegally transferred (without his permission) into the body of a cop who specializes in hunting down illegal transfers.  He feels compelled to pretend to be the cop in order to avoid being caught as an illegal transfer, and so that he can be together with his wife and children once more.

So as for body swaps, the whole series centers around a swapped person and gets into all kinds of interesting questions about identity, morality and politics.  How much of behavior is genetic?  How much personality?  Is it possible to be “you” in a new body, or do you become that person?

Now, as you all know, I am all about the gender swaps, and this show has a major gender swap in the form of a ruthless middle-aged crime lord who ends up swapped into the body of an elementary school girl.  In his case, while he remains a ruthless crime lord with a taste for cigars and whisky even as a little girl, he also seems to begin to be adapted by his body.  It’s just little moments, but we see him fussing with his hair, putting it into a pony tail, or having one of his henchman braid it for him.  He also gets girly at times, sometimes mockingly, and sometimes seemingly because his new body demands it.  So, while it isn’t a big part of the show, we do get to see some TG moments that also seem to explore the notion of how much of a person is their “mind” and how much their body.  The young actress does an impressive job embodying the “man inside” and I would say should have gotten an award for her efforts!

Aside even from the body swapping elements, the show is very watchable.  It’s a thriller, a cop show, with a plot that moves and is full of twists and turns, surprises and revelations.  The cast is first rate, working from excellent scripts, and the show looks great, with first rate cinematography and lighting.

My only complaint?  Only 6 episodes!  However, the creators have stated they want to do more seasons, and if the show does well, the season ends with several interesting little cliffhangers for a future season to build on!

Link for NetFlix users in the USA.

I am sorry, my international friends, but I do not know where to find it in your locales.  I do know, given it was a European production, that it should be available in the EU.  The French title is Transferts, so try searching for that term!  If you find links, please share them in comments so other fans can find this amazing show! 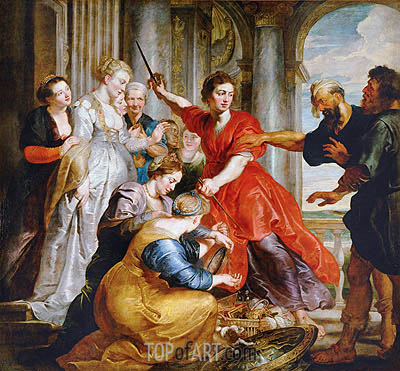