Check out my gender bending ebooks!

And especially My Epic Fantasy Series! 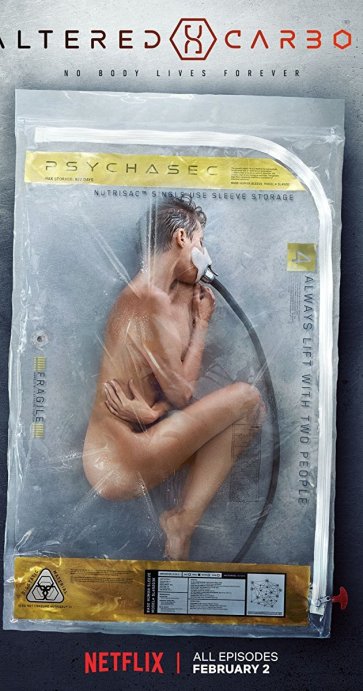 In the future, you are not your body; you are data.  And, in this future world, corporations and governments can strip your data from one human body (called a sleeve) and place it in another, or even just store you indefinitely as information either with consciousness or within a simulated world.  This is the SCIFI basis of Altered Carbon, the name of both a book and a TV series.

Obviously, this opens up a lot of possibilities for gender swapping and exploration.  In the book and in the movie, it is clear that the main character, who identifies as male and embodies the tough guy investigator type (Deckard in Blade Runner, Mike Hammer in Mickey Spillane novels…etc…) has spent some time in female sleeves.  He mentions it in the book, and in the show when people scan his ID, all his former identities come up, and several are clearly female.

Unfortunately, neither the book nor the TV show delve too deeply into the gender games.  For those who enjoy the much more rare female to male swap, there is a fun sequence where a main character, Kristin Ortega, brings her grandmother back in the body of a hulking, tattooed and very male goon in order to celebrate El dia de los Muertos.  The actor does not over play the feminine mannerisms, and is actually very good at embodying a grandmother enjoying spending a holiday with her family.

All of the characters we meet seem to identify as straight male or female regardless of their sleeve’s sex, and there is little sense that the body swapping has led to any major changes in society in terms of how people perceive male and female.  It largely reflects our mainstream world with a SCIFI filter.  However, there is some interesting action, and the little taste of gender bending that’s there was enough to fire up my imagination. 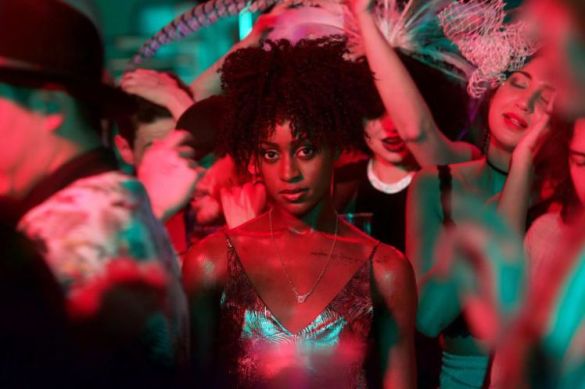 Another Netflix series based on a novel that gets into some gender bending is Kiss Me First.

Kiss Me First follows a young woman who spends a great deal of her time in a virtual reality game, using the name Shadowfax.  This show delves into identity more intentionally than AC, and without giving away too much I will reveal that there is a character in the virtual world who is not what she seems!  We also have characters logging in as other people, and lots of questions about what’s real and what isn’t.  I would love to see more gender stuff in future installments, but again what is there and what is potentially there got my imagination working. 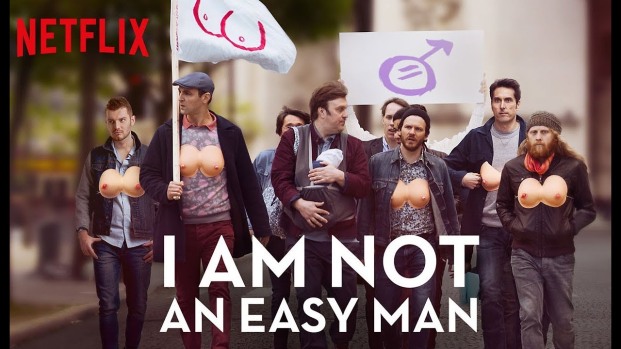 Lastly, a more straight up gender bending French film called I am Not an Easy Man.  In this film, like Second Nature, a chauvinistic male finds himself transported to a mirror universe where gender roles are revered.  Women are the aggressors, and they hold most of the money and the power.  Men are expected to do their best to look attractive for the women and are viewed as the lesser sex.  It’s a fun and interesting take on the usual story as the man finds himself struggling to deal with being objectified …etc… and there is a little body image stuff as at one point he contemplated putting inserts into his underwear to give himself a bigger butt.  The acting is all good, and the film does make some nice observations about gender and politics.

Check them out and let me know what you think!  I get lonely out here in my virtual world and would love to hear from you!  Thanks for reading!  Don’t forget to brush your teeth!