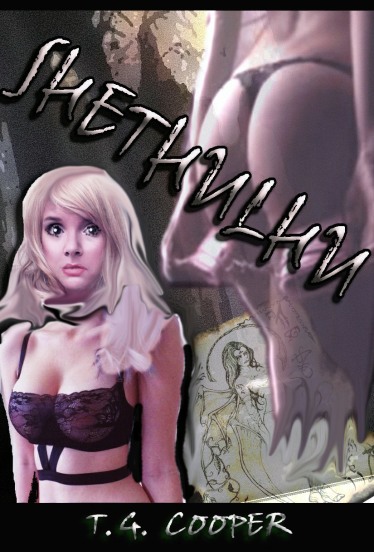 Shethulhu rises from the sempiternal womb, puissant femininity, and no male may contemplate her without his mind shattering into madness!

Yes, just in time for Halloween I have released my Lovecraft/T.G. Horror mashup.  I first tried to write a story like this years ago, but I could never seem to really mash it all up and create a synthesis.  It either seemed too Lovecraft or too TG.    But this year, finally, I managed to create a true merging, with a story that captures the dread and feel of a Lovecraft tale, as well as borrowing the Old, New England settings, and offers a version of an elder goddess who brings femininity and madness in equal and epic measure!

The story follows Charles Ward Dexter, a down on his luck private investigator suffering from strange and disturbing nightmares in which he finds himself a terrified, helpless female.   A straight and traditional male his whole life, Ward finds these dreams unnerving, and seeks to hide them from the world, despite the fact they seem to bleed into his reality.  Sometimes, he feels as though he has breasts, though one look confirms his flat chest.  Other times, he finds himself sitting to pee, or drinking green tea! (That’s how old school a man he is).

Soon, it all accelerates when a mysterious woman named The Baroness comes on the scene and hired Ward to recover a rare and valuable tome:   The Femnomicon! 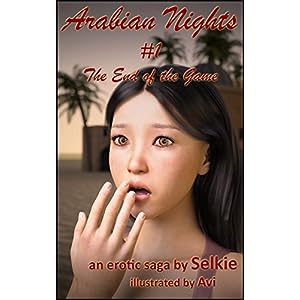 Written by my friend and long-time editor Selkie, The End of the Game features a man who has achieved all a man can ever do: he’s become rich, powerful and famous in an online game, and he is just about to end it all, returning to the real world.

But, then, one of the slave girls in his harem makes a disturbing suggestion: maybe he would like to experience life as a woman?

He refuses, but soon enough a group of his slave girls have magically transformed him into a pretty little female and left him in a bordello.   The suggestion is that since he has done all a man can do, perhaps he will enjoy a new thrill, the simple task of getting home in a city hostile to free, unaccompanied women?

Though the task seems intimidating, it is not so daunting, and so our hero heads out, nervous and insecure in a way he has never felt, dressed in sheer clothing that reveals his sexy little body.

What follows are his adventures as he finds himself being pushed deeper and deeper into extreme femininity, pushed to embrace the thrill of being helpless, indecisive and totally submissive even to his own slave girls.

I generally only like books where there is some kind of mental struggle, and this one melds a long period of mental reconditioning with forced erotica, and the slave girls turn the tables on their former master and reduce him to a nubile sex slave.  The book does contain some very steamy girl on girl sex scenes, as well as forced-femme and mind control.

The first is a series, I enjoyed this book very much and continue to look forward to future installments.  I am especially excited to see what happens if he/she returns to the real world! 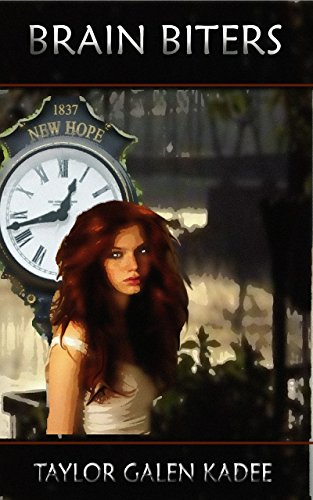